In the wake of the environmental crisis we look for new ways to protect biodiversity in and outside of cities. Looking for new possibilities for nature and cities to coexist we have already found: biodegradable materials, new ways of remediation, renewable energy or urban farming. But at the same time, progressing human interference with natural processes seems to make us lose faith in the very existence of nature proclaiming our time as anthropocene or capitalocene.

In the time when the ecological crisis brings humanity into the new dark ages it is necessary not only to express the sense of its urgency, for which an appropriate, perhaps even a violent form of language is needed, but also to imagine new approaches and futures where humans’ relationship with nature is radically reinvented.—During the first session of roundtables during the UrgentCity event in Florence Mathijs de Bruin, Alice Buoli, Zoe De Luca, Giannozzo Pucci, Angelo Renna, Joshua Thies and Chris Luth—as the moderator—discussed the notion of language in the topic of New Ecologies.

The relationship between nature seems to be defined by our detachment from the natural environment more than anything else. This condition calls for finding new ways of embracing forms of reconciliation, symbiosis and diversity where people become a positive, not destructive, factor for all the biological world. At the same time it has been pointed out that seeing nature as something intertwined with infrastructural, economic and cultural potentials, and not as something pure that should be put on a pedestal, could help us understand better how to interact with it. 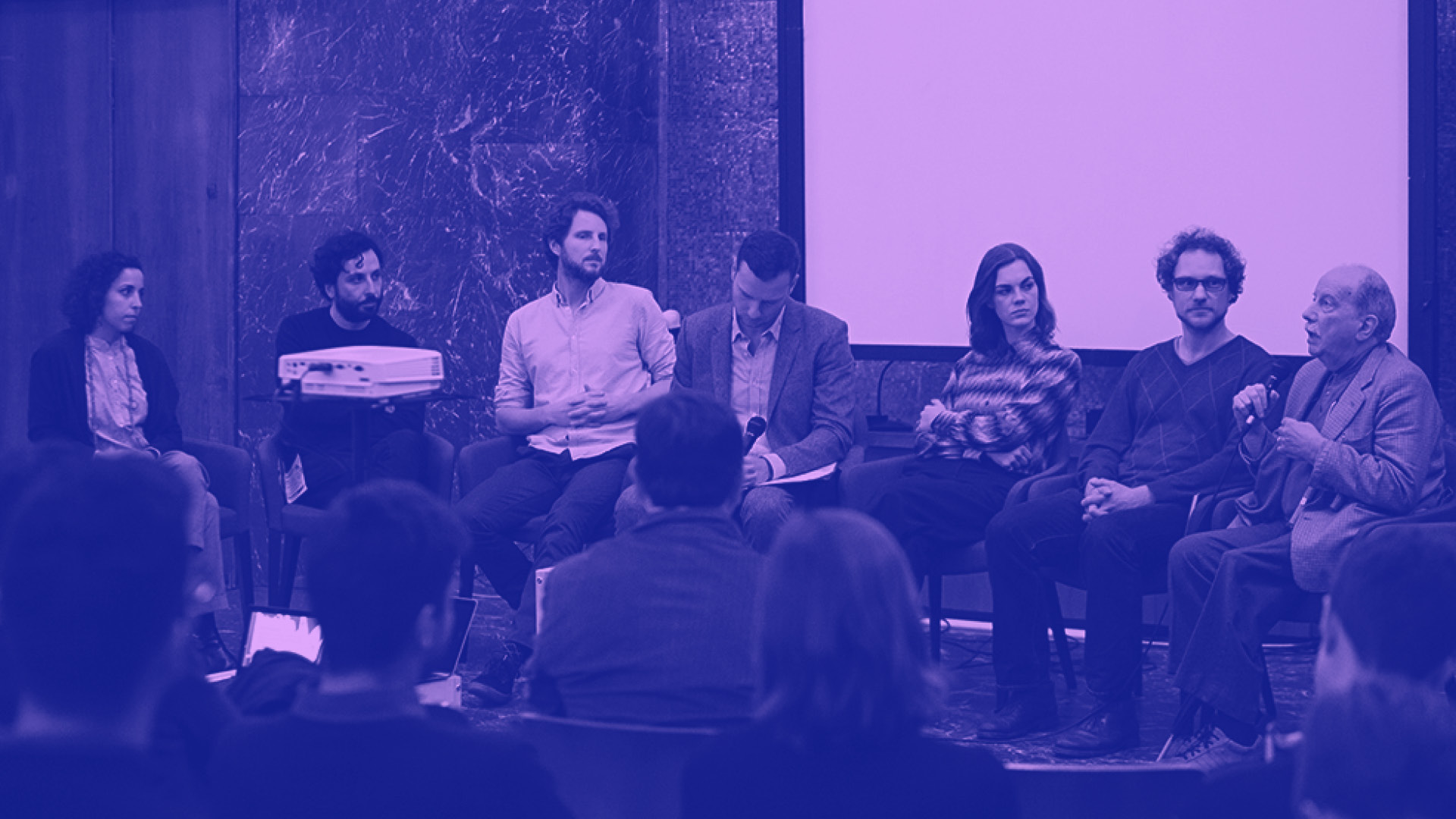 Language is key in defining this changing or shifting relationship and there are several aspects that seemed particularly important to the speakers while thinking about its role in this pressing discussion. They seemed to be convinced that the plurality of languages—including poetic, scientific, violent or evocative language—can help supersede the current monopolization of that discourse by science, which as mentioned by Gianozzo Pucci, has divided our world in two classes—the experts and all the rest, leading to the alienation of the debate from the common people. Not only science has been accused of hijacking the language of environmental discourse, but also the so-called funding jargon was mentioned as a dangerous one to determine what shapes the discourse and our possibility to imagine better futures. While science helps us see the big picture and is not meant to be done away with, poetry or myths were endorsed as more inclusive forms of narrative that perhaps can be better used to understand direct contexts and particular situations. So it is not about rejecting science and scientific language, which faces us directly with the contemporary danger of ‘alternative facts’ and ‘fake news’ that instead of helping us conceptualize our current condition to find alternative futures, would ultimately bring us away from it.

Scientific language monopolized our narrative and divided our world in two classes - the experts and all the rest on the other.

The need of new narratives and the shift towards a more serious discourse around environmental issues are most urgent aspects that we should face not only as artists, designers and scholars, but also as humans. Looking at the past with a future perspective is also indispensable in that process. As Zoe de Luca said: “we need futurology of ecology” that will bring us closer to a collective acceptance of the implications of radical sustainability. That, however, is not meant to accept the damage, but to define strategies and concrete actions that will lead us to a radically different, balanced relationship with the planet.