Cities not only become denser, but also more multicultural and more complex. Bigger agglomerations provide bigger opportunities, but at the same time alienation, exclusion and isolation remain in striking contrast to the emerging sentiment for community, new forms of cooperation, communication and their potential to change the traditional way of shaping our cities.

An attempt to define new collectives, their difference from communities and tribes; and what are their respective capacities to react to the current political challenges, dominated the last roundtable during the UrgentCity event in Florence addressing the topic of New Collectives with Esaú Acosta Pérez, Stefan Aue, Frank Keizer, Elena Malara and Elena Ostanel as speakers. The discussion circulated around changing roles and definitions of different forms of societal engagement as well as their old and new forms of institutionalization.

The strength of associations seems to be loosening up. Old-fashioned way of defining communities based on strong ties, shared values, goals and identity steadily gives way to a more immediate, horizontal and non-localized collectives; or even disassociated tribes whose members connect solely based on an emotional attachment to a particular identity. While communities become harder to define, especially in contemporary globalized migratory settings and tend to be criticized for their exclusionary character, tribes grow in power and start to define new forms of relationships that are hard to grasp, analyze and understand. The growing potential of new collectives to genuinely engage with political action and activism was broadly recognized, but at the same time the ability of communities to instigate collective action has been highlighted as remaining stronger in comparison with the not-yet-formed collectives. To illustrate that Frank Keizer brought up the example of Occupy Wall Street, which as a collective action without a leader, has been denounced by some as impotent, exactly for its inability to undertake action. 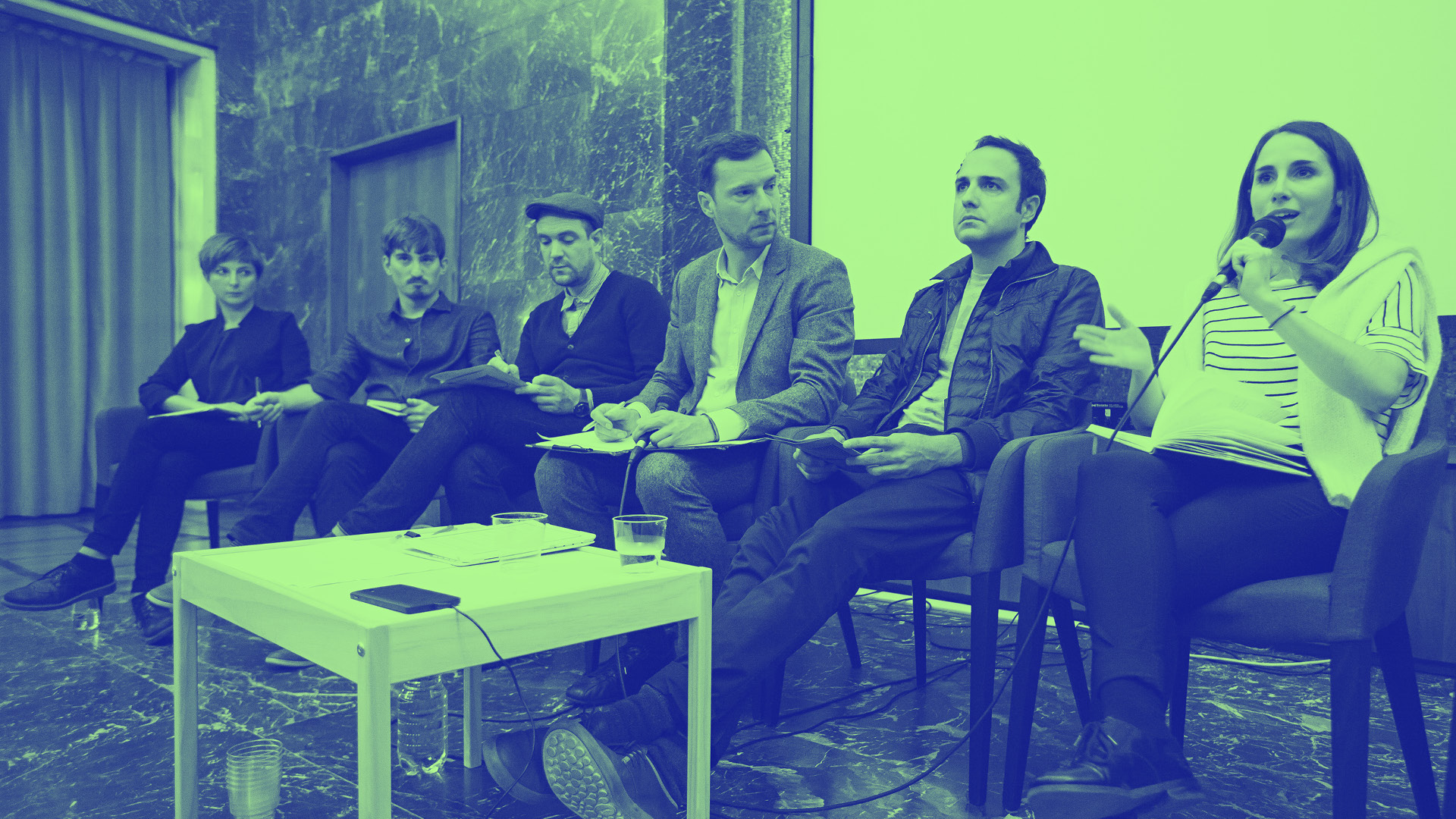 In direct relation to that, the very failure of today's institutions to represent and organize collective action leaves a gap that needs a response either from the new collectives or as suggested by Esaú Acosta from a new form of collective institutional organization, which he proposed to name an ’extitution’. The extitutions would respond to immediate needs and facilitate prompt temporal and localized reactions that institutions fail to address.

The failure of today's institutions to represent and organize collective action leaves a gap that needs a response either from the new collectives or from a new form of institutional organization - an ’extitution’.

Also privatization of the crucial aspects of our collective and individual lives have been criticized and defined as a factor that undermines our capacity to live together. It has been highlighted that opposite notions such as ‘care’ should be politicized more visibly in order to oppose politics of privatization with a stronger form of association based on shared vulnerabilities. Whether in a form of community or a collective, a common form of resistance has been indicated as necessary for building a more inclusive society. One of the key questions on the way to achieve that would have answer how to define a new form of collective subject.

Archive, as a form of curated order that deeply affects our view of the past, has also been addressed in the discussion. The question of how moments of disorder or collective forms of archiving could question our reality and introduce new readings has left an open window to think of new forms of writing our history—together.